Learning English in a new city does not mean only study and no fun.  To the contrary, students at Languages Across Borders participate in a variety of after school activities for fun and for health.  And they improved their English communication skills in the meantime.

Take our students in LAB Melbourne for example, they formed a soccer team called LAB Lions and entered the Melbourne Soccer League (MSL) championship, which is co-organized by JETSport and FunAddicts in conjunction with Melbourne City Football Club.  This year, there were 11 teams representing different language schools across the city.

On Sunday the 30th of June the LAB Lions beat the last opponent in the tournament and claimed the 2019 MSL Cup.

The atmosphere on the court during the championship game was tense as the team squared off against our long-time rival. It was neck-and-neck the entire match, with the scores at 1-1 at halftime. Our courageous coach and team captain Sam gave the pep talk to end all pep talks.  When the siren blared, it was 2-2. Leading to a sudden-death penalty shoot-out.


In fact, it was Captain Sam’s spectacular goal that cinched the deal and sent the fans and cheerleaders exploding into hysterical cheering... all flooding onto the court to embrace our winners!

Among the many accolades, our team has won:
- Caps
- Medals
- VIP Tickets to watch Melbourne City FC
- Meet and greet with the MCFC players
- A trophy

LAB Melbourne’s Principal, Petar Stojanovic said “this tournament has been everything from anxiety-inducing and nail-biting to absolutely joyous and elating. A huge thanks to our players, supporters, volunteers, and our fiery cheer squad - the Lion Cubs!”

Visit the LAB Melbourne Facebook page, Instagram and LinkedIn to see all of the magnificent moments that made this year’s cup the best ever!  Better yet, come study (and play) with Languages Across Borders, in Melbourne, Montréal, and Vancouver. 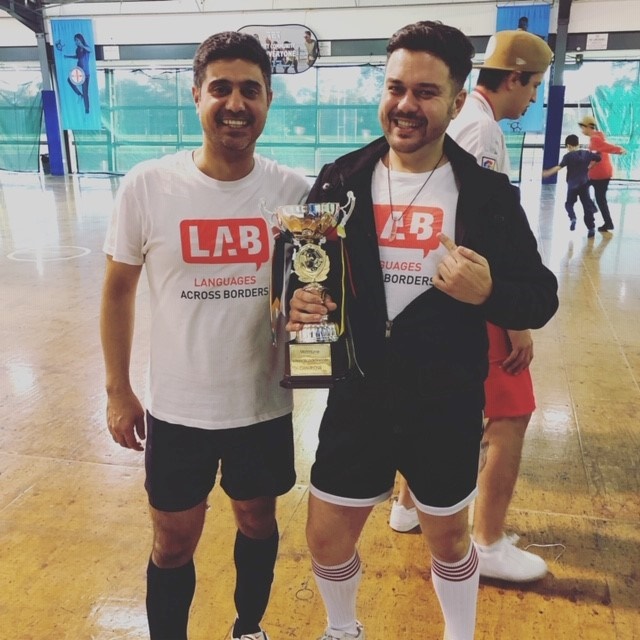 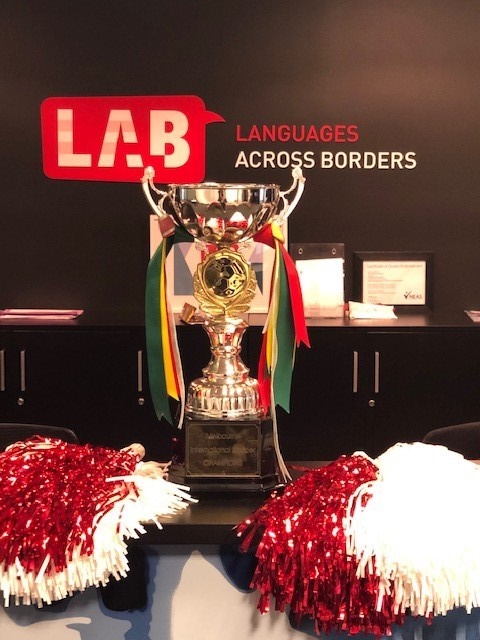